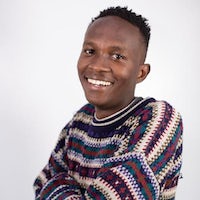 Subscribe to my newsletter and never miss my upcoming articles

So what is Dokku, another bit, another TL;DR;

Let's jump into it.

You might know Heroku, (my opinion) the greatest platform to ever make it easy to deploy server and client-side applications so fast and easy.

Well Heroku is a business and they have to make their money, so it has a pricing plan, and the free tier can only get so far.

So what if..., this is about to blow your mind.

You can have your own Heroku-ish, host as many applications as you want(might dent your wallet), set your own rules, and still keep the Heroku's simplicity on deployments.

I mean when I discovered Dokku man, been using it ever since -> I frigging love it. Everything basic feature that Heroku offers Dokku offers and its free to host your own Dokku(it's Open-source).

Okay I know if the deal is too good think twice.

So let's jump into the pros and cons of Dokku.